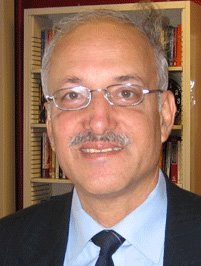 The book under review is a welcome addition to the already existing archive on the role of print in colonial India. However, while paradigmatic works on this subject—such as Ulrike Stark’s An Empire of Books (2008)—focus on the diffusion of printed material, such as that produced by the Naval Kishore Press, Robb investigates the relationship of print with space (qasbah), time (early twentieth century) and people (Muslim public). The specific contribution her work has made will be mentioned later. Let us begin, however, with the way the book is organised and how the author uses the publication of a newspaper called Madinah from the town (qasbah) of Bijnor in the United Provinces (UP) from 1912 till the partition of 1947.

In her introduction, Robb presents the concepts of ‘timescape’, public and religion as part of a system of cultural significances which she calls language. The first refers to the perception of time not as non-human time nor as individual time but as social time. This notion of time interacts with space and events, such as printing, to produce a public language of communication. Her work, explains the author, ‘explores how institutions of communication technology and print capitalism interacted with urban spaces to impact the tempo of knowledge transmission’ (p. 7). Thus, ‘timescape’, becomes ‘a way of grounding public discussions in time and space’ (p. 185). The space she selects for her study is the town, or qasbah, of Bijnor. The second chapter is devoted to this urban space. In it she defines the difference between a UP qasbah and the major cities. Among other things, she points out that it is commonly observed that the railway, telegraph and periodicals were meant only to advance the military-imperialist objectives of the Raj. Those, of course, were their primary purposes but they also enabled ‘the production of other identity-constitutive spaces, that could compete with these objectives’ (p. 63). Bijnor was one of the sites of such an identity-constitutive space. The identities it constructed were Indian nationalist, local and Muslim. And all of these were expressed through the Urdu newspaper Madinah which, along with other similar interventions, created a public sphere which was not only an abstract concept but also had concrete manifestations and a common language. By language Robb does not mean Urdu or, at least not Urdu alone. This analytical concept refers to a whole unifying cosmology which creates a web of meaning which is shared by a community. In fact, it is that intangible concept which makes the community into a meaningful unit of discourse. So, the language includes references, cultural allusions and, above all, Islam. This inclusion of Islam as a discursive reality, as something which functioned to construct and consolidate a community—the Muslim public—is necessary to understand the role of print in the ‘timescape’ described in the book.

Chapter 3 is devoted to the actual printing of Madinah which, we know from the introduction, was founded by Majid Hasan in his own house. In this chapter the author gives a thick description of the lithographic technology of printing, the nastaliq script used for writing Urdu, and even the inks which were used in the process of printing. How all these special features made the Urdu lithography used in Madinah a Muslim technology is one of the insights one gains from these details. As mentioned above, this Muslim identity was linked not only to Islam but also to Urdu and one of the ways in which it was forged was by creating awareness, using Benedict Anderson’s terminology, of the imagined community of a Muslim ummah residing in other lands. Chapter 4 is about, as the author puts it, ‘viewing the map of Europe through the lens of Islam’. As Madinah provided information and opinions about the Turkish claims to areas in the Balkans, World War 1 and the domination of European powers over Muslim countries, the reading public could feel they were tied with each other through unifying bonds. This outward vision did not preclude an inward one too. For chapter 5 makes it clear that the Muslim public was made aware of what was going on in India. However, the author demonstrates that this Muslim public was mainly constituted by the gentry (ashraf). It was also internally differentiated by politics. For these gentlemen of UP could either be the supporters of the Congress, as the newspaper itself was, or the Muslim League. They could even change loyalties. Thus, Hafiz Ibrahim, a politician, left the League to join the Congress and criticised Jinnah when he (Jinnah) claimed that anyone who opposed the League was his personal enemy and also an enemy of Islam (p. 170). For Ibrahim neither Jinnah’s person nor the League represented Islam. Thus, both Urdu and Islam constituted a common language which could be used both by the Muslims of Congress and the Muslim League. It was not assumed at that time that majoritarian views would necessarily drive out, or at least marginalise, the minorities in post-partition India. It is instructive that Robb has pointed this out in her study. However, again as the author does point out, in post-partition India this is precisely what happened as the ideology of Hindutva rose in place of the inclusiveness of the Congress.

The conclusion outlines the contributions of the study. Above all, the study analyses the significance of time and space in studies of the formation and consolidation of the public. The role of print is highly important in this formation. It is by itself a language of signification which inheres in the choice of language (idiomatic Urdu), the script (nastaliq), the whole web of meaning (allusions, icons, anecdotes, poetry etc) and the subject matter (foreign and domestic politics). As many of these references belong to Islam, not so much as doctrine but as a cultural and historical reality, it is imperative that religion should be taken into account when studying the public sphere. The author has emphasised this as one of the contributions of her work. And her claim is justified as she has brought this out as a theoretical concern which pays dividends in work on South Asia. Another contribution which she makes is to point out that modernity is appropriated selectively, in bits and pieces as it were, to transform existing networks and not necessarily to create the individuation which is assumed as its hallmark mainly because of the Western experience of this transformative force (p. 185).

On the whole this is an insightful and much needed study of the role of print in the creation of the Muslim public in colonial India. And this brings me to my only criticism of the book. The author mentions only one Muslim public but, as is obvious from her brief reference to the opposing political affiliations of Indian Muslims, there were at least two major ones: those who supported the Congress and those who supported the Muslim League. Perhaps the study would have gained from describing in brief how the public orientated to the Muslim League was constructed. Any detailed account of this process, perhaps through an intensive study of other printed material, is, of course, a separate undertaking. However, the points of appeal for one kind of public are different from another kind, so a brief comparison of the differences between the two might have been attempted. This caveat aside, I should end by saying that this study does well what it sets out to do, i.e. to describe how a newspaper from a small town asserted itself as a voice of importance for a section of the Muslim public in colonial India. This is an important contribution to colonial studies. I recommend it to students of South Asia in general and those who specifically focus on the role of print, identity formation and the public sphere in colonial India in particular.